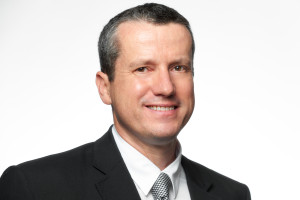 Carne Ross is a Senior Advisor to Independent Diplomat, which he founded in 2004 and served as Executive Director of until May 2020.

During a fifteen year diplomatic career for the United Kingdom, he served as a political officer in the British embassies in Bonn, Oslo and Kabul, and was Head of the Middle East section and Deputy Head of Political Section at the UK Mission to the United Nations.  He worked on wide range of issues including the global environment, terrorism, and Iraq WMD and sanctions.  At the United Nations, he negotiated several Security Council resolutions on Iraq, weapons inspections, Israel/Palestine and the 9/11 attacks.  At the Foreign Office in London, he variously served as Head of the Israel/Palestine desk and principal speechwriter to the Foreign Secretary.  He resigned from the senior management structure of the British Foreign Office in 2004 after testifying to the first official inquiry into the Iraq war (The Butler Inquiry).  He subsequently testified to the full official inquiry into the war, The Chilcot Inquiry, and testified to Parliament on Iraq on several other occasions.

Carne is the author of two books, “Independent Diplomat: Dispatches from an Unaccountable Elite” (Hurst, 2007) and “The Leaderless Revolution: How ordinary people will take power and change politics in the 21st century” (Penguin, 2011).  He has written about international and political affairs for a wide variety of publications including The Financial Times, The Washington Post, The Guardian, Huffington Post and Al Jazeera.  He regularly comments for the BBC, National Public Radio, Al Jazeera English, CNN and other TV and radio outlets.  He has been a public speaker at several foreign ministries about the future of diplomacy, and at Harvard University, Princeton University, Leiden University, The London School of Economics, the School of Oriental and African Studies and multiple other institutions on this and a range of topics, including new forms of political action and change.  He is the subject of a forthcoming documentary film, “The Accidental Anarchist”, which is in production with the support of several international broadcasters.

Carne’s work has also been profiled in The Guardian, Foreign Policy, TIME magazine, BuzzFeed, The Asahi Shimbun and others.  In 2004, Carne was honoured as a Visionary for a Just and Peaceful World by the Joseph Rowntree Charitable Trust. In 2013, Carne was awarded the Skoll Foundation Award for Social Entrepreneurship.