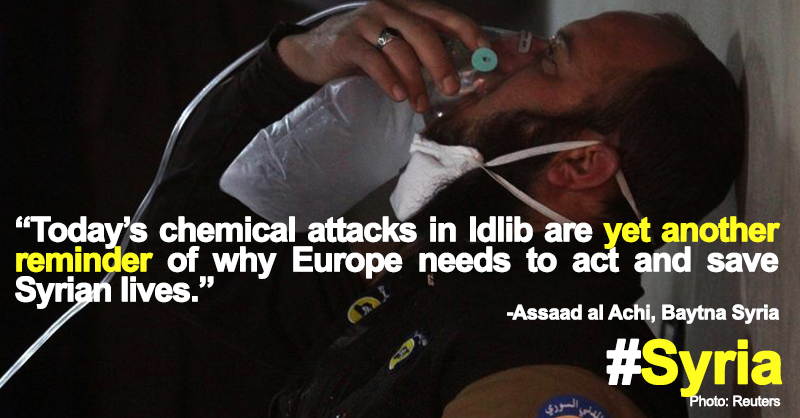 Why it Matters: Only Civilian Protection Can Deter Further Chemical Weapons Attacks
As world leaders gathered today for the EU-hosted Brussels conference on Syria, more than 58 civilians – including children – were killed in a chemical weapons attack in Khan Sheikhun, Syria. Syrian civil society activists expressed outrage at the attack and called on Europe to take urgent action to protect civilians, bring leverage to Syria’s peace process, improve humanitarian access, demand the release of Syrian detainees and press forward with accountability efforts. Syrian activists stressed that Syrians are depending on Europe to show moral courage to help stop the killing. On 5 March in the margins of the Brussels conference, Independent Diplomat will host a discussion with Syrian civil society on how Europe can lead on Syria. Click for details.
Share on Twitter Share on Facebook