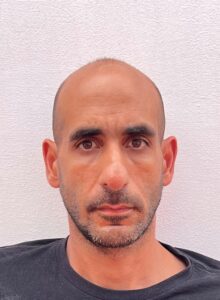 Reza Afshar is the Executive Director of Independent Diplomat. He joined ID in December 2013, bringing extensive experience in international security and diplomatic policy to his role as Policy Director in ID’s New York office before being appointed Executive Director in June 2020.  Previously, Reza was head of the team responsible for Syria policy at the UK’s Foreign and Commonwealth Office (FCO).  During his time at the FCO, Reza also served as head of the Middle East, Asia and Europe Team at the UK Mission to the United Nations (2009 to 2012).  He was awarded an OBE in 2012 for his work as lead negotiator on Libya in the UN Security Council.  This work culminated in authorization for NATO’s military action in 2011. Reza began his service to the UK Government in 2001, working both in Defence and Foreign Affairs.  After 9/11, he was sent to Afghanistan where he worked closely with the Northern Alliance.

Reza returned to Afghanistan in 2006 for two years where he was the UK Embassy’s First Secretary responsible for counter-narcotics.  During his 13 years of service, Reza also worked on Iraq (2003-2004), Zimbabwe (leading the UK Foreign Office’s crisis team in 2008), and negotiated new arms control protocols relating to cluster munitions and landmines.