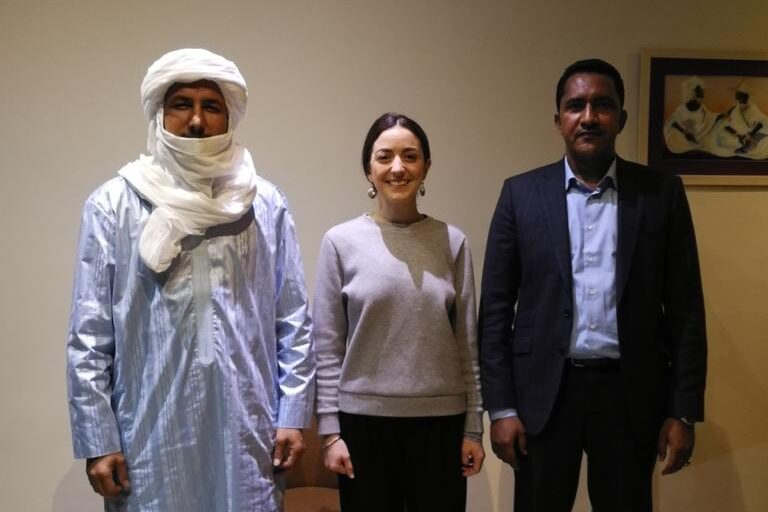 Since independence in 1960, Mali has experienced four rebellions in the North of the country in 1963-64, 1990-96, 2006-09 and 2012-13. While these rebellions have differed in scope and been influenced by various factors, the underlying call included: greater autonomy for the North to address various grievances; and a sense of marginalisation by the central state of the local population, notably amongst some Tuareg and Arab communities.

The Malian state ruthlessly suppressed the first Tuareg uprising but subsequent rebellions ended through negotiated settlements. Successive peace agreements committed the Malian state to the following broad actions: 1) recognising the special status of the North; 2) giving a greater voice and role to Northerners, including through decentralisation; 3) better treatment of Northerners by the Armed Forces and reintegration of former rebels alongside further reforms; and 4) pursuing economic development of the North. The persistent failure to implement these agreements has led to continuing grievances and a recurring cycle of conflict that has deprived the local population of a better future and impacted Mali’s wider stability.

In June 2015 the Government of Mali, the Coordination of Azawad Movements (CMA) and the Platform signed the Agreement of Peace and Reconciliation in Mali – also known as the Algiers Accord – formally ending the latest hostilities begun in 2012. The Algiers Accord provides a framework to secure durable peace and, like previous agreements, outlines specific measures the parties must take in relation to security, governance, development, justice and reconciliation. Supporting its implementation is the primary strategic objective of the UN’s Multidimensional Stabilisation Mission in Mali (MINUSMA), and the international community, particularly through UN Security Council (UNSC) resolution 2374 (2017), has made clear that deliberate attempts to undermine the Accord will result in sanctions.

Nevertheless, the Accord’s implementation has suffered from continuous delays with limited progress to resolve the fundamental underlying grievances. Notably, on its promise to deliver greater political and institutional reforms as well as meaningful development to address decades of under-investment in the North, including improved access to basic services. Commitments to ensure the full and meaningful participation of women, youth and civil society have also fallen short.

In the meantime, security across Mali has deteriorated further leading the UNSC in 2019 to add a second strategic objective to MINUSMA’s mandate relating to central Mali, focused on the protection of civilians and supporting the government to reduce intercommunal violence and re-establish state authority. More recently, after months of popular protests, a military coup on 18 August 2020 led to the resignation of President Keita. A transitional President and government have since been established to lead the country towards new elections in 18 months.

In 2018, Independent Diplomat (ID) started advising the CMA on the implementation of Algiers Accord focusing initially on their diplomatic engagement around the UN. Over time we have intensified our support to the CMA in developing their political strategy on the ground in Mali in support of the Accord. This includes working with the CMA’s political representatives to help put the spotlight on and progress the issues that matter most to Northerners. Namely, promoting political and institutional reforms and development, including better access to basic social services, which have been largely neglected in comparison to the security pillar but are critical to tackling underlying grievances.

ID’s work also incorporates offering advice on CMA’s approach to human rights, including supporting their engagement with relevant UN-led bodies. Most recently, we have also expanded our support to the CMA’s female representatives with the aim of increasing women’s ability to participate effectively in wider political discussions and influence implementation of the Accord.

ID’s advice has helped the CMA to navigate various difficult negotiations on the Accord, including when progress has stalled and during recent discussions on the transitional arrangements. More widely our support has increased the CMA’s ability to pursue their objectives more effectively through political engagement with different interlocutors. ID has also helped to ensure greater inclusion and visibility of CMA women which will enhance their ability to influence key decision-making processes going forward.

By helping the CMA to safeguard and promote the objectives of the Accord, ID’s work aims to contribute to resolving the underlying causes of conflict in Northern Mali. This will improve the chances of securing a lasting peace settlement that can break the recurring cycle of conflict and secure a better future for Northerners and indeed all Malians.