During the final stages of Sri Lanka’s brutal twenty-five year civil war that ended in 2009, the Tamil civilian population was hit devastatingly hard. They faced massive human rights violations by the Sri Lankan armed forces as the war against the Liberation Tigers of Tamil Eelam (LTTE) drew to a close.

A 2011 report by the UN Secretary-General Panel of Experts detailed “credible allegations” that both Sri Lankan armed forces and the LTTE perpetrated serious violations of international humanitarian law and international human rights law, some of which would amount to war crimes and crimes against humanity. The Report identified as many as 40,000 civilian deaths, mostly from indiscriminate government shelling.

Since the war’s end, the Tamil community and others have continued to face oppression and abuse at the hands of the security forces. Such abuse has included the retention of Tamil lands, military control over economic and civilian life in predominantly Tamil areas, harassment and surveillance, torture and sexual violence, and enforced disappearances of civilians, including journalists and human rights defenders. 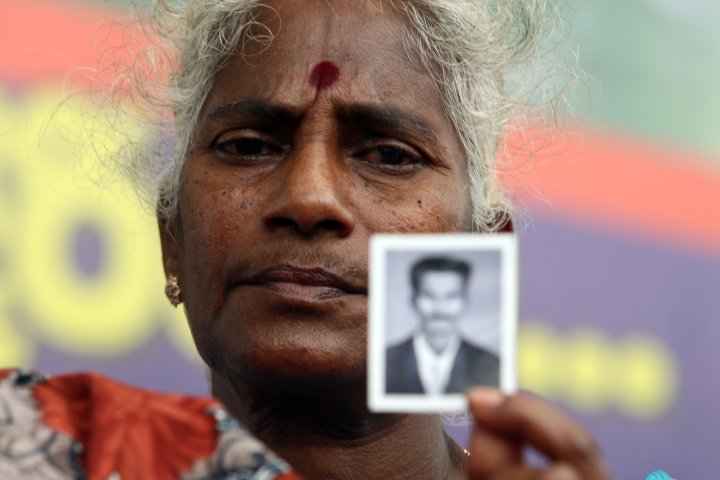 Senevirathnam Wasanayagi 63, relative of a detained Tamil Tiger rebel suspect cries as she holds up a photo of her son during a protest outside the main prison on May 29, 2012 in Colombo, Sri Lanka. Wasanayagi said, her son was arrested by government military on March 9, 2008 at Vavuniya when he was attending a religious ceremony at Hindu temple. Relatives and rights activists are demanding that the Tamil Tiger rebel suspects who have been held without trial for three years are released or brought to court. Photo by Buddhika Weerasinghe/Getty Images.

The U.S. Tamil Political Action Council (USTPAC) is a U.S.-based Tamil advocacy group. Their objectives are:

Since 2011, ID has advised USTPAC on diplomatic advocacy, political strategy and public diplomacy (including social media strategy) to achieve their objectives and enhance their engagement with key interlocutors both in the US and in the international community.

Much of the focus is on helping USTPAC advocate for the UN Human Rights Council (HRC) to take action and ensure the government of Sri Lanka implements a credible transitional justice process and addresses the longstanding grievances of the Tamil people. 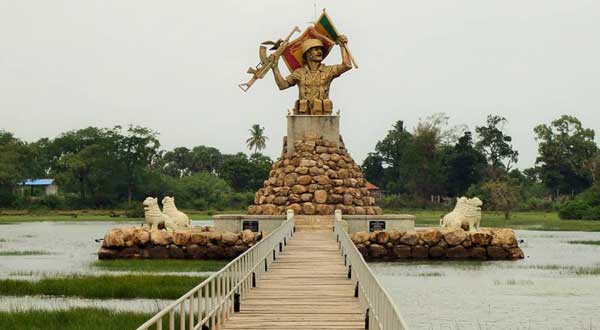 Monuments such as this exemplify the Sri Lankan government’s efforts to control the narrative of the civil war and impose Sinhala culture in traditionally Tamil areas in the northeastern region. For Tamils whose loved ones were killed or disappeared during the war, the monuments are a reminder that justice has not yet been delivered. Photo by Miguel Candela.

To date the HRC, has passed four successively strong resolutions. Notably, Resolution 25/1, adopted in March 2014, established an investigation into human rights violations during the war. The resulting report confirmed widespread atrocities committed by both sides and expressly stated that Sri Lanka’s institutions had neither the capacity nor the independence to implement the necessary security, judicial and political reforms without international participation.

In response, the HRC adopted resolution 30/1 in October 2015, calling on the government of Sri Lanka to establish a transitional justice program comprising:

The adoption of these resolutions was a vindication of years of diplomatic advocacy by USTPAC in collaboration with the global Tamil community.

“USTPAC is deeply appreciative of all ID’s efforts. We feared the world would disregard our calls for justice after Sri Lanka’s civil war. ID helped us raise our voice at the UN Human Rights Council and propel action to address the war’s atrocities. With ID’s advice, we, with our partners, secured a UN report into crimes committed during and after the war. The report not only acknowledged the gravity of crimes that took place, but also put to rest the government’s fabricated narrative that it carried out humanitarian operations to save civilians. It vindicated seven years of diplomatic advocacy. ID has had an impact on us beyond merely helping craft political strategies or reports. ID helps us believe that justice will prevail.”

Photo (top of page): Scene from No Fire Zone: The Killing Fields of Sri Lanka, directed by Callum Macrae.